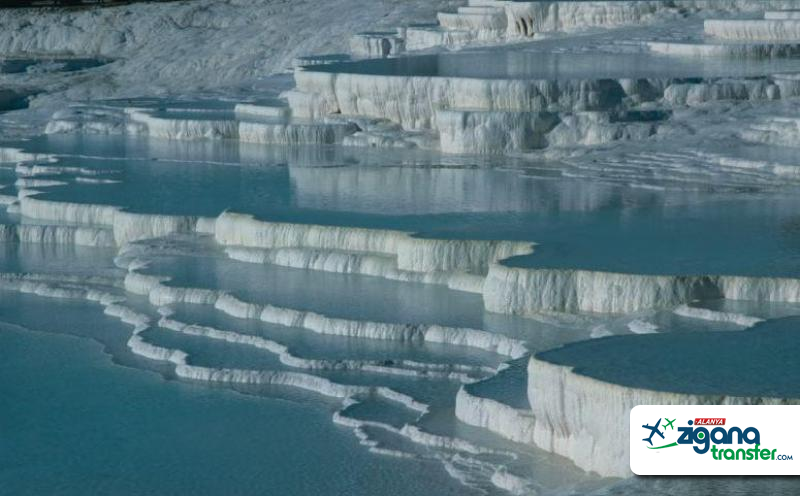 THE CITY OF WATER AND FAITH HİERAPOLİS

Hierapolis Ancient City, 18 km north of Denizli Province, is one of the Kings of Bergama. BC by Eumenes It can be said that it was founded in 2 centuries and it was named Hierapolis because of Hiera, the wife of Telephos, the legendary founder of Bergama. The city was permanently demolished and rebuilt with earthquakes that occurred due to its location in an earthquake zone. However, the structures standing today are AD. It was built after the big earthquake that happened in the 60s, and the city was built with a grid plan after that, taking the look of a typical Roman city that has lost its entire Hellenistic character. Hierapolis became a very important center in the Byzantine Period after the Roman Period. BUSINESS. The fact that it was a Christian center since the 4th century is due to the killing of Saint Philip, who was one of the disciples of Christ in 80 AD. Kent İ.S. When it was conquered by the Byzantines in 4 centuries, an octagonal church called Martyrium was built in the name of St. Philip. Because of this, the city's title increases and it gets the title of Metropolis. Kent İ.S. It was destroyed by the big earthquake in the 7th century and the city lost its identity. It became a small town in the 12th century AD It was ruled by the Seljuks in the 13th century and was completely abandoned after the earthquake in the 14th century.

The city has 2 monumental gates, a grid plan consisting of streets and streets parallel to and perpendicular to the main street. The main street, which is approximately 1 km long, divides the city in two and there are porticos, public buildings, shops and workshops on both sides of this street.

Necropolis areas located outside the city walls and in the north, south and east directions of the city are the largest necropolis of Southwestern Anatolia.