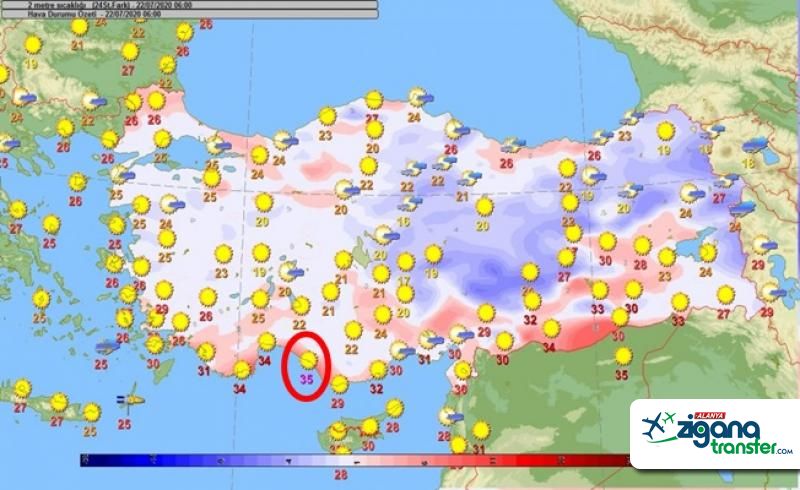 According to the temperature map published by the General Directorate of Meteorology, Alanya is the hottest place in our country.

Today, Antalya was shown as 34 degrees and Alanya as 35 degrees on the temperature map published by the General Directorate of eteology. When the map was examined, it was seen that the only place in our country that reached 35 degrees was Alanya. While Alanya is the hottest spot in the country today, the temperatures in some other cities are as follows: